I found some old copies of Starburst magazine whilst clearing out the house, all mostly dated between 1996 to 1999. Anyway there was a series of giant purple and silver coloured ads that caught my eye and instantly took me back to my teenage years. They were advertising for a chance to star in a ‘Uniquely British science fiction film’ entitled ‘legionnaires’.

It would seem that anyone could star in the film, if they could only pony up the required cash (a measly £333) which would go towards funding some of the movie.

I also found various slim articles on the film and its progress which contained images of storyboards and concept art and this seems to imply that Starburst and Cult Times took it all very seriously as well (after all it had Jason Connery in a lead role!).

I mean the blurb for the trailer is designed for a deep Hollywood announcers voice, long booming bass sfx and moody lighting wouldn’t have gone amiss.

“IN THE LAST YEARS OF THE 20TH CENTURY MANKIND DISCOVERED THE SECRET OF TRAVELING BEYOND THE FINAL FRONTIER. SOMETHING WAS WATCHING. SOMETHING UNSEEN. SOMETHING UNKNOWN. SOMETHING UNINVITED. NOW ONLY ONE THING STANDS BETWEEN A WORLD WITHOUT A FUTURE AND THE FUTURE OF THE WORLD :- LEGIONNAIRES”

You can just picture it can’t you! A British Starship Troopers! Complete with wee Union Jack flags on the shoulders of their Mecha suits and stiff upper lips all round! In fact the entire premise was sold on its ‘Britishness’ that somehow this film would be the rebirth of home grown science fiction, an appealing thought in a world before the rebooted Dr WHO.

I remember showing the advert to a friend of mine on the same art course (ceramics) and he simply rolled his eyes into his skull and made a farting noise with his lips and said ‘con!’. He would be proven to be oddly prescient in that opinion.

‘But there’s a Freephone number at the bottom’ I said as this proved this couldn’t be a con. The ads made claims that you could be an extra, be in the crew, get a credit and that everyone would attend the opening night and get freebies, freebies, freebies!

Then… there was nothing, no film ever appeared and no news as to why either and to be honest I plum forgot about it until seeing the ad again.

My interest peaked I decided to do a bit of digging on the internet and amazingly this has thrown up a lot less than I may have first hoped for. Mainly I suppose as the internet was still fairly in its infancy back then and that most of the sites and chat rooms dealing with this topic will have been mothballed or shut for years now.

I did though manage to uncover something about it here and there, mainly angry pages of complaints from would be actors and investors as to why the film stalled. It seems that it did actually get to the point where they were producing merchandise and posters before they had even started filming it at Elstree Studio. It also seems that anyone who put the required £333 into the pot was counted not just as a shareholder but also given the chance for artistic input into the movie’s direction which never sounds good does it? The plot thickens! 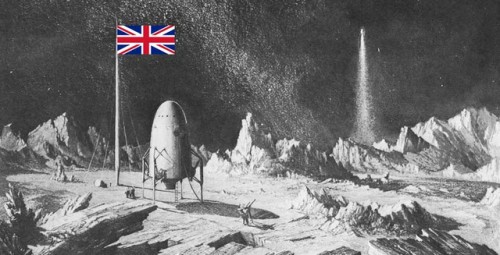 What appears to have gone on-

£80,000 of the money earmarked for the movie appears to have simply vanished, people were left narked and out of pocket despite claims that the company making the film was insured against any loss so everyone would have their money back if anything should happen. Yet even when Legionnaires Plc Company knew that all the information that they were using to sell the project was incorrect to say the least, for example there were no ‘name’ actors confirmed for any parts in the movie, they kept up the pretence and the recruitment drive for more cash investment and extras.

Fours years passed and the film remained in a limbo world of ‘no comment’. Whilst all this was happening the script would continue to be rewritten many times over changing in tone and moving away entirely from the original premise that had attracted many to the project. There are some accounts of extras having been filmed in a lonely, undermanned sound stage against a green screen for a few hours but little else appears to have been done apart from a couple of early CGI ‘teaser trailers’ shown at conventions such as Capscicon ’97 & Wolf 359.

Legionnaires Plc Company would eventually vanish off the map hounded by investors, the company website would remain and deny all dealings with the actual film, people would get angry, very angry and ‘This is Wiltshire’ would still be reporting the story in the year 2000 with-

“Due to massive demand the company set up to produce Elstree Studios’ first sci-fi film since Star Wars 20 years ago has extended its share offer. Legionnaires plc says it has been receiving 18,000 calls each month since December from people interested in buying shares to help fund the project due for release next spring.”

Yet it had all seemed so promising, the October 1997 issue of Starburst seemed to positively rave about the project and especially about the head people involved, Gary Boulton-Brown and Kathleen Fairbairn. Even saying that-

“Unlike the Heretic (Very unlike) Legionnaires has a lot to say (and show) for itself, not least of which is the fact that Creative Independent now have an office at Elstree and studio space booked there from December.”

“Gary positively invites debate and awkward questioning regarding the all important share offer and how safe and guaranteed it is. He admits that the main cast has not been contacted as yet (at the time of going to print) and that there is no absolute guarantee in a venture like this”

In the same article any concerns on the obvious lack of any real details about plot, casting or dates and even the ‘look’ of the film was easily brushed away by those involved claiming they feared their idea might be stolen by other studios and then being pipped to the post.

This is a film that was supposed to have been released sometime at the end of 1998 and it was claimed would forever change the face of British indie Science Fiction. Instead it left bitter disappointment, anger and a lot of debt and many, many questions unanswered and a poor Jason Connery sat waiting by the phone for a call back that never happened. 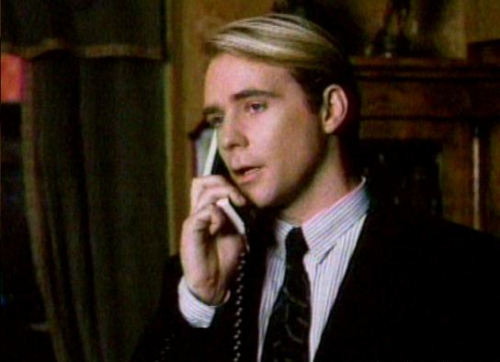 The deadline for investors to claim their money back ended in January 2002, Gary Boulton-Brown would continue to run another company called, somewhat ironically ‘Maverick Camera Ltd.’ (since dissolved) yet oddly enough some sources claim he was still registered as the Company Director of Legionnaires Plc until 2009 when he ‘resigned’, as for Kathleen Tamar Fairbairn she resigned from Legionnaires Plc in December 1998 at the height of the concern over the project. Lee Medcalf who was employed on the project as computer graphics conceptual artist and modeller stayed on until December 1999 with a ‘promotion’ to the title of ‘Full Modeller & Animator’ for the entire movie. He describes this time in his own words on a publicly accessible trade CV site –

…and there I’m afraid the trail goes cold but I’m sure that somewhere, someone will have the full story, or their side of it, up on another website.

In the end we had to wait until 2006 until we saw small union jack flags on any British Science Fictional offering coming anything close to what Legionnaires promised for a uniquely British take on sci-fi… and well, that didn’t go down too well with many. 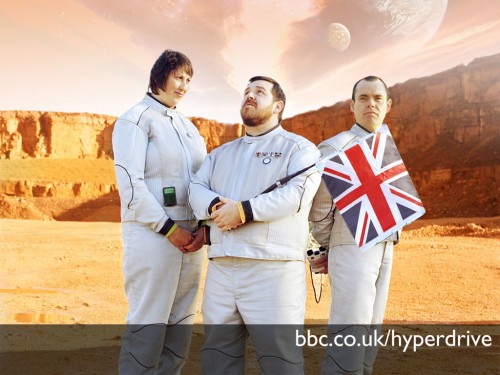