Hmmmm, views to my blog appear to be slowing down. It would seem nobody wishes to read the laments of a mid thirties man as he bemoans not being cool enough to have fully enjoyed the entire ‘Britpop’ thing or being a young student about town back in the day. Now the 1990s is due a retrospective comeback I’m being racked with nostalgic blues and felt the need to share this aging induced moroseness with the world.
Big mistake, I’ve lost followers.
People are always telling me that I shouldn’t live in the past, but I don’t know, at least the beers cheaper if I can do so.

Also, I’m rather sorry that the previous entry might have at first appeared to have been a serious review of the book ‘Just For One day’ but it soon digressed into a series of self obsessed paragraphs with little in the way of connection to the original theme, I promise, hand on heart, to curb such actions in future posts. Can I state for the record that having finished the book I can assure you that it is actually a thoroughly decent read that has seen me schlepping around town to the mp3 player accompaniment of a collected assortment of mid to late 90s era indie in which Sleeper features quite heavily and has made running the gauntlet of the town centre much more bearable. 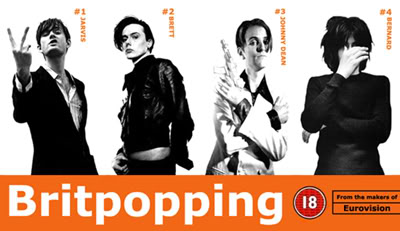 So to sum up, I now know long winded self important blog entries to be a bad thing and shortish, concise to an actual point entries to be the ideal. Thank you all for your patience, please bear with me as I find my way in the over saturated world of the blog.