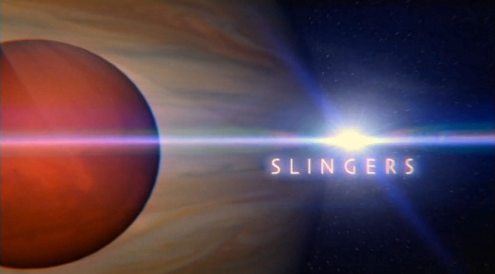 Previously I’ve mentioned the saga that was the ‘Legionnaires‘ project which in hindsight was probably destined to its fate. Now I’d like to be a bit more positive and mention a potential series that I for one would happily put up some of my own cash into seeing it one step closer to it’s completion. 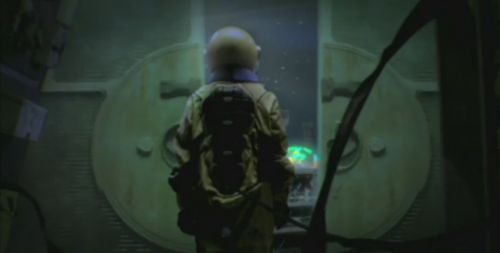 Slingers is a premise for a British (in feel and cast at least) Science Fiction series that personally for me ticks all the boxes, it inhabits that corner of the modern sci-fi world that is happy to tip its hat in the direction of classic Cult TV serials of the 1960s such as the Avengers but casts it against the backdrop of the far future. A future where kitsch lounge music, orbiting gambling ships and sharp sixties suits mix freely as the cocktails with artificial intelligence, holograms and smart weaponry.

As the tag line goes-

“Think… The Rat Pack in space… Ocean’s Eleven in the 30th Century.”

“Getting home one heist at a time!”

The shows concept comes from Mike ‘Sizemore’ Atherton and created a bit of buzz when first mooted. Now this has been on the cards for some time, I first heard about the project back in 2010 so it has been a while since it hit the radar but unlike Legionnaires this actually does have an established set of actors connected to it.

One in particular blew my mind.

Step forward everyone’s favourite British B-List actor Mr. Sean Pertwee. I love Pertwee, I make no bones about it and its a constant source of annoyance to me that he has a habit of dying in almost everything he appears in so the idea of him having a part that could stretch over episodes thrills me with a bizarre buzz indeed. 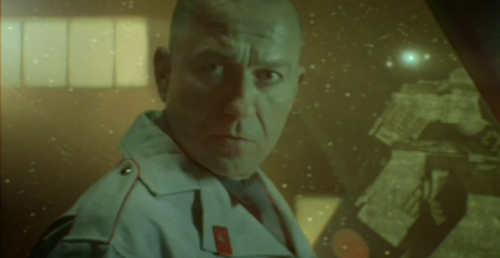 There are also the other cast members being –

Adrian Bower (the PE tutor from the much missed series ‘Teachers’),

But before we get carried away with ourselves lets look at what’s been done so far.

True to form we have concept art, lots and lots of quality looking concept art. 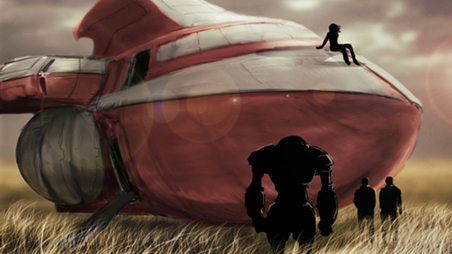 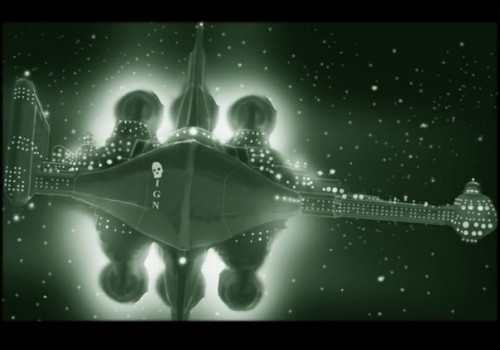 We have a more than decent and very entertaining promo film (shot in 2009) that sets the backdrop to this world nicely and illustrates that nowadays you hardly need the budget of Hollywood to pull of a decent looking ‘taster’ for the investors and seeing how all that was accomplished in 2009 just imagine what you could achieve now. The fact that it also contains the delightful music of one of the most wonderful yet sadly ignored bands the UK produced in recent years, The Mummers, is wonderful in itself.

The promo has been uploaded to Youtube since 2010 and has attracted to date around 29, 922 views and real buzz amongst the faithful. 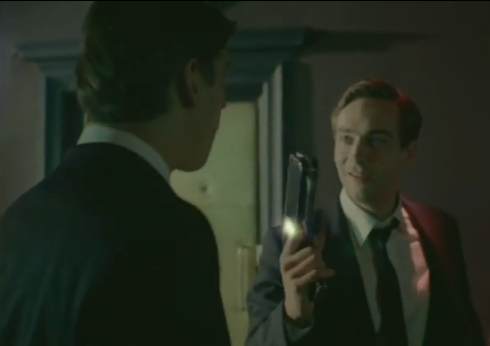 The extremely snazzy promo was to my surprise directed by Steve Barron, a man maybe better known for such movie ‘hits’ as ‘Mike Basset: England Manager’ and 1990s ‘Teenage Mutant Ninja Turtles’. 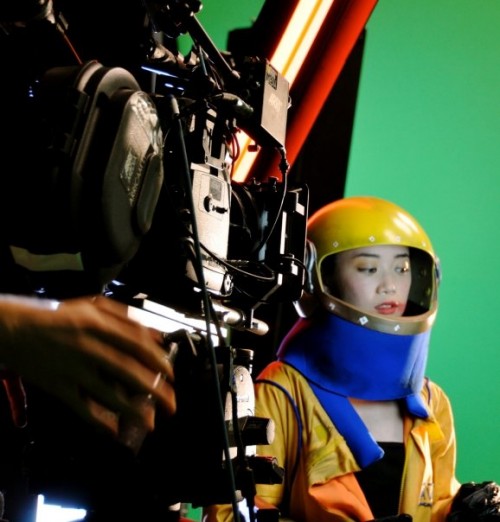 We also have a fully fledged outline for the plot and the characters which helps a hell of a lot… former Legionnaires investors take note, this is the sort of thing to be looking out for next time you think you’d like to invest in any production.

The plot in a nutshell is that after an interplanetary war against nameless Alien scum humankind is now (the year: 2263) scattered across the galaxy, the use of an extremely powerful weapon to win said war closed the route back to the home world off so now everyone who was on the other side of the divide is trapped in a fish bowl like portion of  the galaxy.

Far from home the wealthy live in classy space ships and pleasure stations that make Vegas at the height of mob rule look tame. The ‘Slingers’ in question are a band of cool, hip elite soldiers lead by the character ‘DM’. Now turned hucksters they roam the densely populated yet comparatively small area of space in a stolen military grade craft conning the conmen and robbing the wealthy whilst attempting to stay one step ahead of Sean Pertwee who wants his rather nifty spacecraft back. The ship is the only one capable of taking anyone back to planet earth due to it’s method of travelling by ‘Slinging’ itself through space. Hence ‘Slingers’ of the title. The team are also being chased down by the military from which they’re on the run from…

Okay, well so far it kinda sounds a bit like the A-Team meets Blake’s 7, or the ‘Real Hustle’ set in space but its far, far better than I make it sound, trust me. I mean there’s a combat robot called Junior for goodness sake what more do you want?! 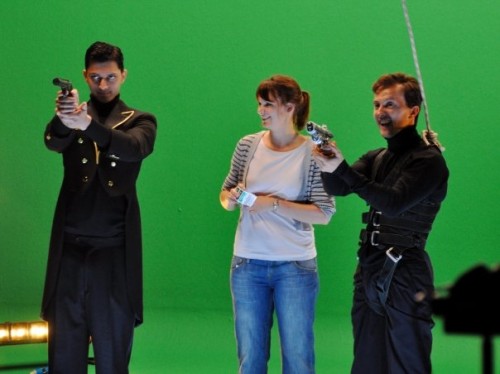 All this is fine and dandy but what are the chances of this getting made any time soon?

Answer is that it seems unlikely, often the case being the longer the period a project languishes in limbo post promo and isn’t picked up it’ll probably remain there. Of course its not always the case but there are few second chances in science fiction series production and just as is the case with most other things there is a fashionable time for each show. Wait too long and people are into a completely different area of the fantasy medium and all raving about the latest craze be it zombies or Sherlock Holmes and the less likely a show is to appeal to the masses or at the very least a healthy subsection of an existing audience then the less likely it is to be picked up. Science fiction tends to roll around mainstream popularity every now and then after all.

One of the main things that was noted about Sliders was that it managed with only a promo and a premise to gain a dedicated following which in effect became fans of a series that had never even existed to begin with, but that’s just the great thing about science fiction fans hook them with a great concept and something original from the outset and they’ll feverishly dig up anything they can about the project and create a loyal community around it before it even airs. Of course that can backfire if you deviate too much from the original idea I suppose. 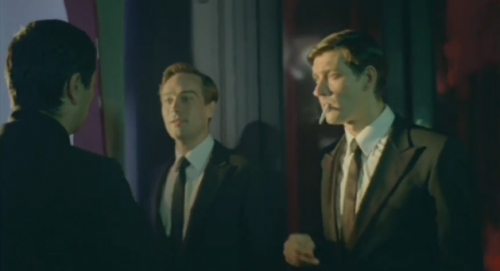 Also take into account that Tom Mison is now well established with the hit Fox show ‘Sleepy Hollow’ and whilst of course you can always change pilot or promo cast I’m guessing that doing so, so long after all the publicity for the shows been out there would be a bit of a blow to say the least to those hoping to see more of what the promo promised. 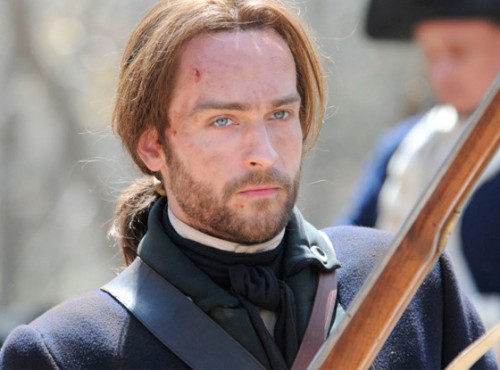 The Production company who started the ball rolling is called ‘Sleepydog’ and they seem more at home producing the sort of light reality based TV you often see late at night on free view channels, stuff like ‘Weird & Wonderful Hotels’ a series that investigates the odd in the world of the B&B and Motel.

(All the info with regards to Slingers is still up there as is the Facebook page that was created in 2009) On the Sleepydog site there’s a link to a future comic book project between artist Dave Kennedy and Mike Atherton but again this is called a ‘Tease’ and appears to set the back story to the cast and the characters so the main live action series plot can start with a bang.

It would be tempting though to think that the future of this project remains in comic books, or online comics like so many shows cut short in their prime before it. The page has little information on it and there are no links to the comic itself sadly. 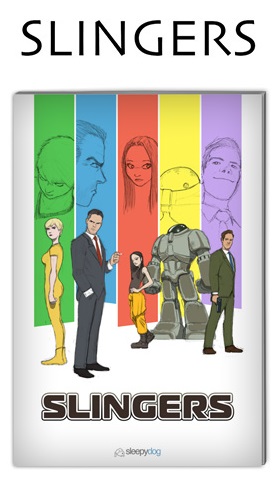 It would certainly be nice to see the adventures begin even in comic form as that would obviously drum up more interest and build a fan base based on something tangible than concept art. So far though I’ve found no further info on this comic.

So there you go, Slingers, if it ever sees the light of day then I’ll be a very happy bunny indeed! 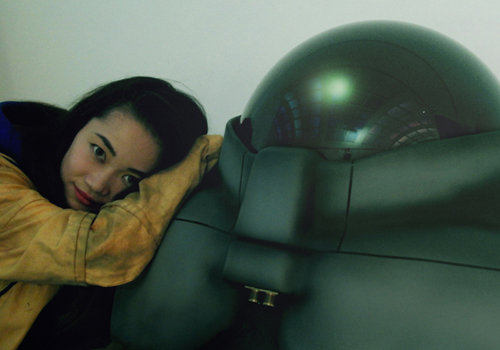