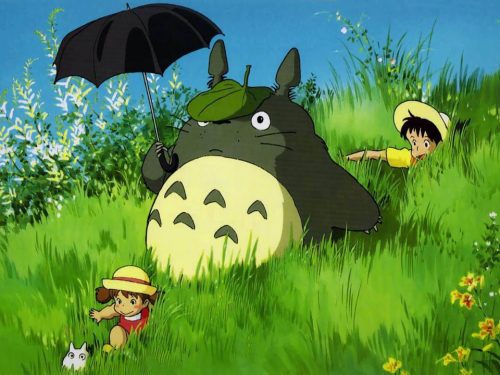 The last ever Studio Ghibli full feature film (apparently) ‘When Marnie Was There’ is soon to be released on BluRay and DVD and as Hayao Miyazaki finally retired in 2013 (leaving none of the original founders of the studio at the helm) the future of the studio was cast in doubt.

Its a crying shame but something which we all knew was on the cards for some time and it has prompted me to take a little look back to how I came to discover the joys of Ghibli and my gradual shift away from the more ‘traditional’ action based ‘manga’ fare of the late 1980s and early 90s to a more rounded understanding of Anime. I came to the studio’s output like many others via 97’s Princess Mononoke but I don’t think I ever connected that movie with any studio identity. In fact to my shame I think I was put off from watching it due to the hype in the genre magazines of the day, a spread by Manga Mania springs to mind. Back then I think most of the ‘lighter’ shades of Manga (We didn’t call it by the more correct term ‘anime’ then which is testament more to the marketing power of Manga UK than anything else) was sadly lost under a pile of mutant cyber punk slashers, cliché tentacle based smut and copious ninjas. Just going through my old videos seems to back this retrospective view as they consist of titles such as: Ninja Scroll, Crying Freeman, Golgo 13, Vampire Hunter D and a host of cheaper imitators but very little in the way of whimsy or lightness, anything bordering that was the cheap Saturday morning cartoon variety such as the ‘Samurai Pizza Cats’ aimed decidedly more at kids (but also loved by hungover students 😉 ). That was out there but the scene seemed to be dominated by surly, angry social outcast lads in thrift shop wool coats and army surplus boots who wanted to see skimpily dressed and rather ‘buoyant’ looking female heroines take a sword to all manner of demon based horrors… which must have dictated greatly what was released on the UK market and what was worth the cost and effort of redubbing into English.

I seem to remember Kim Newman did a lot of Manga video reviews at this time late at night possibly on Channel 4? 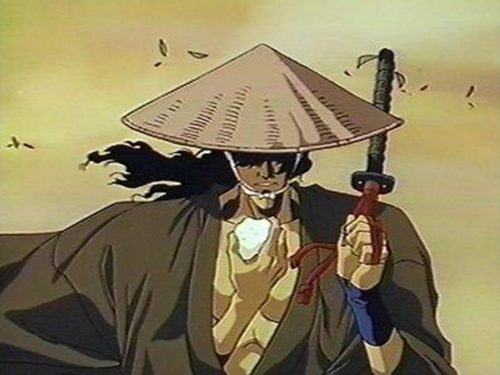 Thankfully since the dam broke and all things Japanese Pop Culture has become increasingly more mainstream crossing over boundaries from the musty comic book shops of old to the rather hip with a passing but keen interest this is now a distant memory, we’re free to cherry pick from all manner of genres and styles in both manga and anime which was always the case back in Japan anyway with titles which pretty much covered every possible taste, and whilst that more mainstream or gentle side was available in the 1980s/90s UK you had to look hard for it as there wasn’t (to my mind) a great deal about on the video shelves. Its one of the few things which I once jealously guarded as an interest which has become popular and the growing popularity of which I praise, people enjoying cosplay and high streets stocking cute Mang/Anime inspired tees have done more to strip away the idea that only dodgy anti-social loners with a sword collection and self professed weekend Cyber-gothy-punky types enjoyed this stuff than anything. A lot to break down this mainstream media perception of Manga/Anime being a little pervy or violent has been down to the successes of Ghibli and in particular ‘Spirited Away’ as whilst ‘Princess Mononoke’ was highly praised by fans of Japanese animation and the movie press it didn’t quite set the world on fire like 2001s ‘Spirited Away’.

A long winded way of saying that this made for me the discovery of Ghibli’s output even at a later date than many others came to them a far more wonderful thing, once I clicked I began to explore the worlds of Ghibli in no particular chronological order, snapping up releases where I could and staying up late to watch a rare airing on TV.

I might be wrong and getting an entirely different thing from the films than most but the majority of the movies I enjoy do tend to fit in with my own young fogey mindset forever wishing he could turn back the clock to better and calmer days. Plus I’m bit of a country bumpkin so the rustic idyll often portrayed in many of the films whilst do authentically Japanese in its rusticity is also universal to anyone with a love of countryside and nature. When I first watched ‘My Neighbour Totoro’ not only did I relate to the setting, it bringing back memories of a childhood spent running around woods and greens like a loon (which is how I chose to remember it at least), but I also felt something I hadn’t felt when watching other anime to this point. A sense of longing bordering on that bizarre mix of emotions – a happy sort of sadness near nostalgia, a wish to step into that world if at all possible and live there rather than here and now. 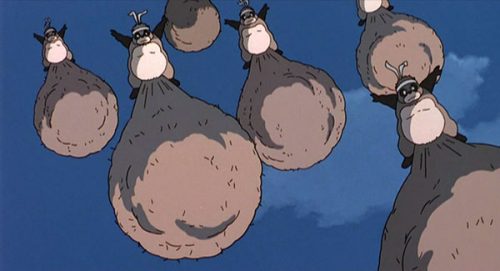 I quickly followed that up with ‘Pom Poko’ and again found that it spoke to me on a near personal level (and many others) who saw the march of modernity and progress as robbing us not just of the green spaces but also of a connection to the natural world to be lost in concrete and electrical cables. It made a serious point about the loss of identity due to a rush for modernisation… plus the Raccoon Dogs had amusingly huge magic testicles 😀 Once the ball was rolling I pretty much covered the lot, I have my favourites though such as ‘The Cat Returns’ ‘Howls Moving Castle’ and ‘From Up On Poppy Hill’ and I wont pretend to love everything Ghibli ever did nor to be an expert on the studio as the above entry will attest to but I do honestly believe the world is a little happier and for some people that little bit nicer and easier to deal with thanks to the films so lovingly crafted being able to whisk them away for a few hours. Still as the cliché says all good things must, sadly, come to an end.

Anyway for what its worth I’m going to add my own pathetic voice to the chorus of others from across the globe who will no doubt be feeling pretty choked up about this news but will also be equally feeling a little blessed to have experienced the joy of watching the films and in wishing a find farewell to the studio as we know it at least. Thankfully the legacy left behind is a strong one and the joy of DVD/Blue ray means I can take a walk in those worlds whenever I want.