Hullo and welcome to the Blog… such as it is at the moment.

Firstly please let me introduce myself and attempt to give you some idea about me via my back story. 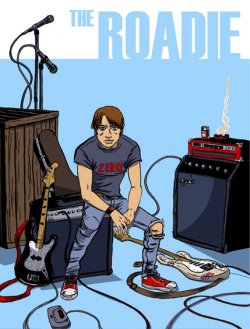 I’m Drew a former roadie for both Punk and Psychobilly bands, a large part of my teenage years and my twenties being almost entirely devoted to the promotion of gigs locally and attempting to form a band myself. As it stands today the band I started aged 18 (which is yet again in hiatus) has had around 40 plus members over its eleven year history and still has never managed to play a single gig, which I think you can agree is a bold strategy for any band and I’m oddly proud of that achievement. I think the last genre ‘mash up’ we had settled on was a uniquely local take on the whole Folk-Punk thing which was quite a leap from the terrible shouty, red faced anger we attempted to convey by being a total rip off of the Exploited.

I have a bad back from sleeping in vans and on floors and deafening tinnitus in both my ears which is more of a legacy than people remembering that I put on some rather nifty fund raisers or brought some very cool bands to the town… but I’m not bitter, not in the slightest.

Please rest assured that whilst I am a chunky excuse of a fading punk caricature hurtling towards middle aged oblivion this blog will not be given over to musings on ‘scene’ past or present as to be truthful I’m no longer in any position to comment. 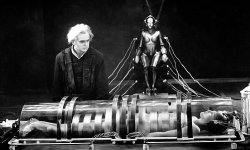 I’ve lots of interests in all manner of somewhat interesting things that I’m sure will crop up and feed some posts in the future. History, the works of M. R. James, H. P Lovecraft, wasting time with my illustrations, doodling and artsy stuff in general (I even briefly “studied” art), Science & Fantasy Fiction, Art Deco, Comix & comic strips their history and the art itself, wandering around old ruins, cathedrals and historic places of interest and muttering rather loudly because I want the place to myself and there are other tourists about, the Diesel Punk and CyberPunk genres, I’m an obsessive collector and reader of books, I can spend hours telling you about the detailed history of the kilt, I love so called ‘Cult’ TV’ things like The Avengers, The Persuaders, Adam Adamant, Kolchak etc. all the classics as well as the newer things like the X Files, Dark Skies, Warehouse 13 (list is pretty long) …and of course a host of other rather nerdy crap that isn’t really as cool as the whole ‘Geek-Chic’ shtick would have you first think but you get the basic idea.

usic and music history which means anything from ‘classic’ US Hardcore punk to the Ramones inspired Punk Rock (DO check out Scottish band The Murderburgers, they’re the future of UK punk in my opinion). Anyhow, here’s a short list of a few favs for you to digest: Dan Vapid, The Lillingtons, Screeching Weasel, Teenage Bottlerocket, The Ergs, Circle Jerks, Enemy You, Teen Idols, Masked Intruder, The Descendents, Minor Threat, Murderburgers, Bad Brains, The Riverdales, The Queers, The Unlovables, The Methadones, Squirtgun… et al.

I’m also not adverse to hoovering around the house to the accompaniment of embarrassingly camp Electro as well as enjoying a bit of Punkabilly, some Psychobiily (a lot of those ‘Billy’ genres around isn’t there?) post-punk, indie, Blues, Gospel and Trad Jazz (George Melly, Humphrey Lyttelton, Acker Bilk, Johnny Dankworth all the greats)1960s Psychedelia, Fuzzed out garage Rock/ Proto-Punk and Freakbeat.

In short the only thing I personally cant take to is Dubstep and Prog, I’m too old to enjoy the former and too young to enjoy the later.

So there you go, most people will have taken one look and wisely decided not to check back in for the updates based on that alone, the worst of all possibly intros I shouldn’t wonder. I will no doubt develop a theme and pattern for the blog in time but that will no doubt shift and be rather fluid as I find new things to get excited about and comment on and in time I hope to gain some interest from people other than myself.