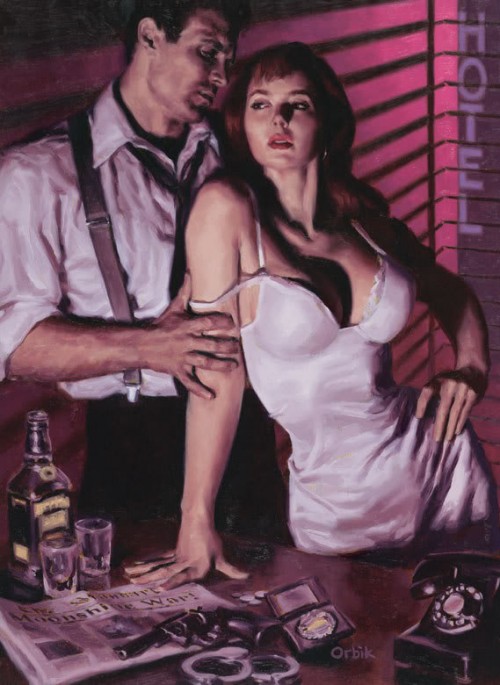 RECAP- When last we left our hero Johnny LaCrosse he had stolen a black cab from outside a local council building and was hurtling into the night in hot pursuit of the Fat Man aka Leroy Entendre. Without a plan or any idea of the plot he arrives in chapter 26 of the damn hard slog of a read that is Cheap Day Return.

If only ‘She’ could have seen me now I thought as I pulled up outside the address I’d been given by the staff at ‘Dave Achmed’s Genuine Yankee Doodles Fried Innit Chicken Shack’. They’d explained how this address was the sole reason for the great fried chicken drought in Blackpool in ’08. Must be the Fat Man’s address and inside he’d have the key to it all, the veritable ruby slippers that could send me home.

“Hello Fat Man, my name is Lacrosse and I’ve come on behalf of kismet” I whispered to myself as I sidled out of the cab door. I flicked my business card onto the seat for the unconscious driver to send me his bill should he wake and headed toward the no 33 on the Rue Morgue Cul-De-Sac.

Rue De Morgue Cul-De-Sac was like a million other cul-de-sacs in a million other suburban areas that since their building had gradually been hemmed in on all sides by the expanding violent darkness of the city scape around them. What once had been a pleasant and green patch of middle class heaven was now in a state of siege, like the Alamo if the Alamo had well catered lawns and flower borders. The surrounding city’s filth and detritus blowing in from the tree lined driveway into this burb was a daily reminder to these people how much things had changed and how little the world seemed to care for their hopes and aspirations. I took a whiff of the air, yep this was Daily Mail country all right. I pulled the collar of my overcoat up around my ears like a down an out Dracula and headed over to number 33 or ‘Pink Eye Retreat’ as the name plaque had it. 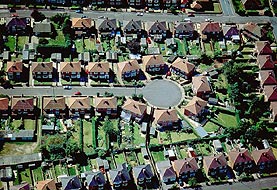 The door was like a Hammer Horror film, being as it was long, outdated and in a pseudo Gothic style. The door-knocker was in the shape of a silver eagle, wings outstretched carrying a bundle in it’s talons. It looked like the Eagle had mugged the stork and was taking the baby with it. On closer inspection the bundle turned out to be a money sack complete with the dollar, pound and Euro symbols all joined together like the logo of a bankers Olympiad. The eagle was in fact a vulture and on it’s chest it wore a medallion with an ‘all seeing eye’ carved upon it. The conspiracy theorists would go nuts. 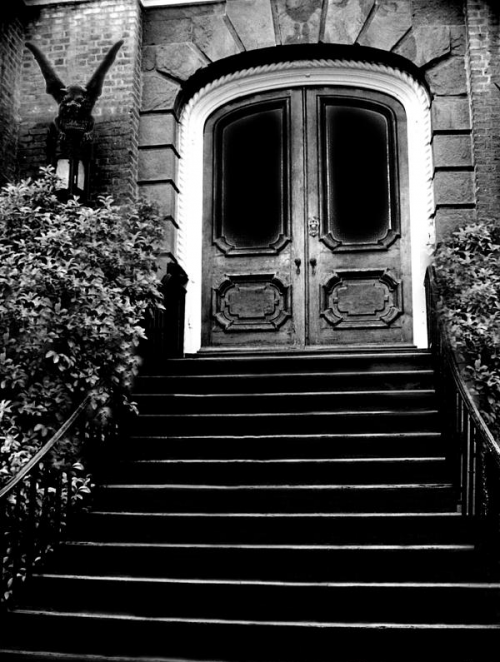 I decided not to pull the bell chord instead I’d work my way over the link fence and make a dramatic rear entrance, a part of me laughed at the thought of the words ‘rear’ and ‘entrance’ but I shook it off. Now was no time for hijinks. Unstrapping my firearm I gently cocked the hammer and put the safety on then scrambled with all the ease and natural grace processed by the offspring of a ballerina and a commando such as myself, over the fence and into a shrub. Pausing just long enough to make sure that I hadn’t been seen I scuttled under the kitchen window and towards the back door.

Neighbourhood Watch area my ass, this was easy.

Then the back door creaked open and a booming voice rich in the sort of tone you’d expect from a man who gargled with gravy every morning spoke.

“My dear Mr Lacrosse! Why if you wished to join our little tête-à-tête then all you had to do was ring our front door bell though I must confess watching you scramble over the fence, catching the hem of your overcoat and falling flat on your face was highly amusing for all assembled. Please, do join us… and wipe your feet when you come in there’s a good fellow. There’s wine and cheese on the table as you enter.”

I heard the fat man shuffle from the door and the natter of people’s voices became clear from inside the house. Standing up I straightened out my attire and brushed down my clothing. If I was going in I wasn’t going to do it looking like a hobo. I retrieved the spare neck tie that I keep rolled up in the inside pocket of my sports jacket for special occasions and removed my old one. Catching my reflection in the kitchen window I was struck by how damn good I always looked when my life was in immediate danger and then headed toward the door.

The house looked like it had been decorated to suit the tastes of a man who was under the illusion that the pad he inhabited was less a bungalow on a quiet cul-De-Sac and more a stately home fit for a prince. The cheap walls had all been covered in a faux oak frame and wooden panelling and on those walls hung crests, ancient weaponry and framed pictures of famous people all seemingly signed by them and addressed to the fat man himself. Unless the Fat Man had found the secret of immortality I doubt they were genuine as most of the people he proudly displayed had been dead long before he’d been born. On closer inspection I noticed that they were all addressed to a L. Entendre II, the Senior. This fat bastard was L. Entendre III Jr. 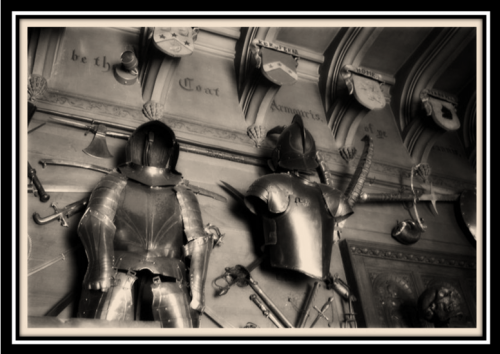 “Ah Mr Lacrosse I see you’re an admirer of history, as you can see my father was, as you’d say, a ‘big player’ in the world of far right political thinking. He was highly regarded for the unique service he offered his clients.”

“I see you have a portrait of Chevy Chase.” I said, the Fat Man sighed wearily.

“  Really Mr Lacrosse! You know full well that the man your looking at is Petrovich Zagreb Androvian the fifth president of the small landlocked yet wonderfully oil rich state of Zebredistan. This function is in his honour as very soon and thanks to his generous payments I shall be leaving this hovel to return my family to the status in which they were formally accustomed.”

“So you’re a chip off the old block? Your going into your daddy’s line of work then I get the picture.”

“Mr Lacrosse, I’ve been engaging in the family trade for well over a year now, my job at the cleansing department of the town council was merely a ruse, a handy cover story should a petty snooper like yourself ever come calling..”

The fat man took out a dirty hankie from his trouser pocket and pointlessly made a show of dabbing the tidal wave of sweat from his forehead, the fat bastard. He looked more flustered than usual.

“Yes. Indeed, and now you have… you see you’ve put me in a very difficult situation Mr Lacrosse, by all rights I should just have you killed and your body effortlessly dumped into a meat grinder to be served to unsuspecting students from one of my many takeaway businesses that I own but seeing how close we are to realising the fruition of our goal I think allowing you to live for an extra half an hour won’t harm us. Just long enough to see what it’s all about and to know you can do nothing to halt it.”

He grinned, his yellowing bent teeth made a mockery of the word ‘smile’ and his cheeks looked like they were struggling to lift his lips in any other direction but a downward chomping motion. I took in the rest of the scene, the gathered posh Nobs he was playing host to appeared to be people much better off than himself. Here there were guys in full penguin suits and all the gals had more silk, fur and pearls drabbed over their bony frames on than Liberace had ever managed to pull off. Each carried a small wooden panel with a number on it, an auction was about to take place and I wanted to see what the prize would be.