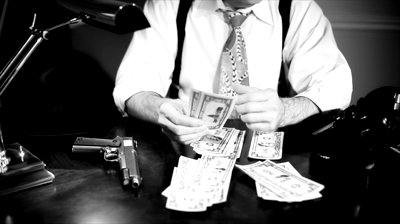 RECAP Of EVENTS THUS FAR: Stumblebum P.I Johnny LaCrosse has been cajoled into attending the very party that he was so intent on gate crashing but now as a prisoner of the Fat Man. instead of a hero Inside the bungalow he has discovered a horde of suited and booted international villainy all intent on getting their blood stained mitts on an object of great international importance. Just what is the secret held within this supposedly normal suburban Cul-de-Sac? Did ‘Hot Tits’ ever manage to cadge the last train home? Why does so little of this make any sense at all and does anyone still bother to read it? Are some of the questions we hope to be answered in the next instalment of yellowing paperback page turner titled: ‘CHEAP DAY RETURN!’ 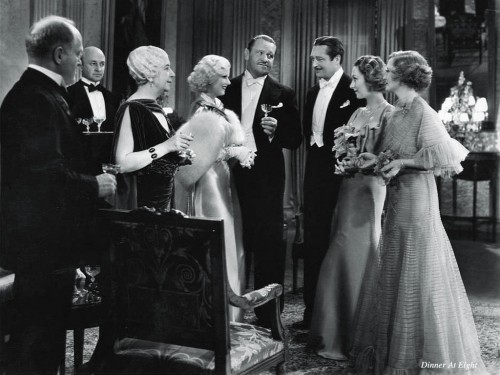 The crowd of posh WASP-y looking bastards now fell deadly silent and as single person turned to face us as the fat man hit a humongous brass dinner gong which was strung between two jewel encrusted and very illegal poached ivory tusks. Sweating from this gigantic exertion he lightly dabbed at his greasy chops with his wet hankie again and then cleared his throat, it sounded like a bullfrog being forced through an empty Pringle’s chip tube with a plunger.

“My most dearest of friends in all the world!” he said with a silken perverted tone, the crowd laughed as did the fat man himself whose gigantic stomach rippled mightily in a positively guttural tsunami wave of chuckles causing Lord know what damage to his internal organs in the process. Everyone was in on the joke but me and the very concept of normality itself. The Fat Man took a sup on his handily placed oxygen canister sighed a hearty sigh to get back on track and then continued-

“I’m so very pleased that you could join me today for what promises to be a really very special auction indeed, in fact one could say historic!” the crowd absolutely purred with a an almost orgasmic sound of pleasure and several of them uncrossed their legs and hurriedly placed sofa cushions on their laps whilst the men in the room just stood. 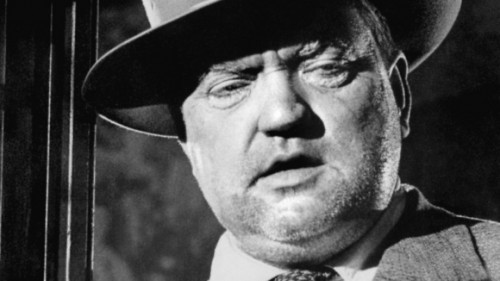 “I have taken great pains to assemble you here all of you drawn from those countries most allied to our unique way of doing things, the underhand, the unhinged and the frankly devious all have found a place at our table and some have literally killed to be here today. Amongst us you will find the government who would murder an entire city to simply get one individual, the nation that would experiment on its own citizen’s by tampering with the drinking water supplies and now respected world leaders who formally traded in human beings as one would trade any other commodity to prop up their armed struggle against the rightfully elected government of their country… Hey! I’m looking at you Petrov!”

Everyone laughed at what I took to be the in-joke and ‘Petrov’ looked a bit sheepish, blushed and then shrugged his shoulders in an exaggerated “Well you know me!” manner. This floor show was starting to get my goat. The Fat Man listed several more crimes against humanity that several of the guests seemed more than happy to take credit for and a few even bowed and the following faux comic reactions were all the same. Judging from this all the things the Fat Man said all were genuine acts of torture, brutality and outright oppression and here I was without my sawn off 12 gauge, dammit.

“Anyhow, I digress” he continued “We all know what we are, we all know each other’s dirty little secrets and we all know I’m in need of a lot of money before I relinquish the property within my care. And now dear, dear ladies and gentlemen it is time to present my gift to you… at the right price of course!… Guards! Bring her!”

The heavy Victorian velvet emerald curtains behind us were pulled open with a deft motion and instead of the wizard of Oz standing there instead stood two turtle neck jumper wearing goons who shuffled in escorting a walking burlap sack… wait a moment, I recognised the sack’s satin clad veiny legs as soon as I saw em! It was Hot Tits herself! So she hadn’t taken my hint when I shoved the half day return ticket in betwixt her heaving mountains back in the office… the dumb broad and now the Fat Man was auctioning her to this cheap house of horrors! Sweet Christ on a unicycle I had to save her, right after I found out why the hell anyone else would want her that is.

“What’s with the dame?” I sidled up to the Fat Man and casually asked taking the effort to look nonchalant. He took an incredulous look at me and laughed so hard the plaster walls shook and his gut rolled up and down again creasing his shirt in the process.

“Mr LaCrosse? Really? You didn’t know that she is the prize? That deep within her…”

He paused to think of the correct words

“Er? Lovely head lays the answer to the most top secret and deadliest of weapons system ever devised; she knows everything down to the smallest nut to the largest programming codex! She is in short worth more than a thousand armies and more than a thousand lives. If Helen of Troy launched a thousand ships then she, this top heavy mammary laden tart could launch a million precision targeted hyper destructive rockets with just a single word and yet you cast her off as though she were a simpleton and a nuisance!”

“Well it was more down to her being as rough as a hound dog but I see your point. How in Sam Hell’s name could she know all that crap anyway? She’s a simple broad from Inchanook Pittsburgh she ain’t no God damn rocket scientists, well, not with those tits she sure as hell ain’t!”

“No Mr Lacrosse but her God damned father was! He wasn’t the slack jawed ironmonger from upstate New Mexico that she had claimed when asked, he was in fact Professor Harold Pryce-Lancet, the greatest rocket scientist never to have worn a Nazi armband during the Second War. He designed the Type Double D rocket systems shortly after the Korean War”

I winced upon hearing Korea mentioned and the shrapnel stung a bit too. 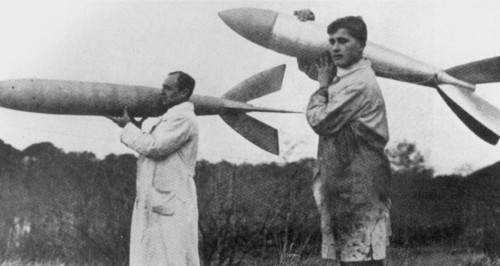 “Knowing that he could never possibly allow this device to ever be built for the very existence of such a weapon would render armies obsolete and nations open to blackmail overnight but yet still worried that he might forget such an amazing once in a lifetime discovery he promptly proceeded to brainwash his own idiot bimbo daughter with every plan and blueprint he was working on using a system based around reward and lots of cake. For he knew she would never draw suspicion for exactly the reasons you just stated. I mean really! LaCrosse, you really are a dolt, are you telling me that you never enquired at all about her life? Her past? You dated this woman on and off for eleven years and her entire life is a great unknown to you is it? Are you really so self-centred and disinterested in others that you failed to get past her looks?”

Now I didn’t have a fucking clue what he was on about and he seemed to sense that. Sighing he ordered the burlap sack removed from hot tit’s face and a reinforced steel chair to be brought in for that ample ass of hers to roll over. She was bound and gagged in a manner that I had grown accustomed to seeing her in on those cold winter nights stuck in the apartment but in this room full of people it just felt kinda creepy now. The guards lowered her onto the seat and one put his back out in the process. Her good eye looked longingly at me whilst her other one eyed up the crotch of the nearest guard making us all feel a tad uncomfortable.

“Should I remover her ball gag?” Asked Guard number one who wore a name badge with ‘1’ on it.

“Not unless you want your ears to bleed.” I warned.

The Fat Man nodded at me in agreement and signalled to the goon to leave her as she was with a casual dismissive wave of his chubby sausage-like fingered hand. Hot Tits cast me a forlorn look with her eye that I thought almost showed a human understanding of the whole dire situation. 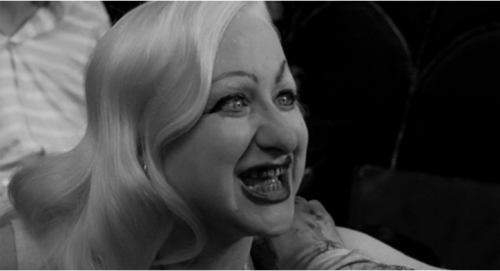 If we got out of this alive I made a secret vow to buy her that takeaway Parmo she had asked for as a treat.

Now I just had to figure out how the hell I was going to do just that.