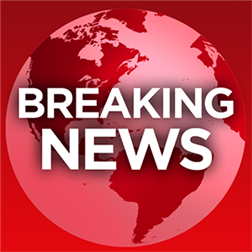 A man who went to a very dangerous place was confirmed killed by international news agencies today when it transpired that dangerous places were actually quite dangerous after all. A family spokesperson said as the news sank in-

“The entire family is exceptionally shocked quite naturally, they had no idea that dangerous places were in fact very likely to injure or even kill loved ones despite all the reports in the affirmative to that fact.” a family member further added: “We’re all very angry that the Government, despite repeatedly making it clear just how dangerous this dangerous place was in the first place and suggesting that nobody even think about travelling there, did nothing to help our family member when they got into trouble… because of all the danger.”

In response to that a Governmental spokesperson gave an official comment which simply read:

Today many locals from the town of the dead man are all in shock and one prominent local business owner who hadn’t known the victim but wanted to get his business seen on the news went on record saying “I too had no idea that climbing dangerous mountains, visiting civil war zones, popping your head into an tropical medical aid tent infested with Lord knows what and swimming after a meal was just so dangerous! Just what are the Government thinking by not making that ruddy clear?!”

Today the Prime Minister has insisted that the entire nation is now united in grief for the loss of yet another person who thought they were quite indestructible whilst putting themselves in the direct line of some very real mortal danger for some unknown reason whilst all sensible people just settled down to watch TV instead.

As we went to press another Junior Minister further added –

“We urge all UK citizens to once again please just think for a moment before they decide to climb very high, very rocky and of course dangerous mountains covered in ice and snow…oh and please don’t even think of visiting war zones as a holiday destination, they’re also very dangerous and the same goes for dipping your privates into wasp nests, stapling your ears to a gaming table, climbing into the Gorilla enclosure in any zoo flicking the nearest sliver-back on the nuts with a wet towel and screaming ‘Hey ugly!’ as well as unicycling without a seat to sit on but just the pole left in place, trimming your nails with a rusty bayonet, swallowing strange pills from an unmarked bottle found under a railway arch, having unprotected sex with livestock and finally smoking, eating too many carbs, too many trans-fats, too much exercise, too little exercise, jaywalking, chav-baiting, back yard wrestling, DIY tattooing, saying you don’t really rate ‘Uncle’ Stephen Fry in public, drink driving, joining the army, having worked for the BBC in the 1970s, smoking, passive smoking, aggressive smoking and of course voting if you follow the teachings of well known political philosopher Russell Brand.”