Now despite not having had a GF or a serious relationship in a more than a few years (this is down apparently more to me being inept at reading the signals of when someone is keen, or so I’ve been repeatedly told by my female friends who seem more clued up than I am) I’m far from bitter or angry when others display their loved up gooey courting ways about town, nothing is more likely to get me going “aww, bless them” than the sight of a young couple happily canoodling on a bench, holding hands and especially such softie things as one of them brushing the hair out of their true love’s face. I love it and it reaffirms my faith in people in an odd way to see that romance and just dating is still going on… even if it is without me.

To be honest it would be hell if it was any other way, can you imagine living life if I was embittered by every sight of a couple being happy or showing open displays of affection? I’d probably expire with the sheer rage within one sunny hot week’s walk through the park.

Also if like me you like to buy your reading materials from second hand shops, book stalls and charity shops chances are you’ll come across a few loved up, well meant dedications scrawled in the front-peice by some lad or lady to their potential lover. I picked up one such book yesterday. It looked almost brand new and until the div behind the counter almost broke the spine with his retard strong grip as he looked for the price it was pretty mint and had probably never even been opened to be read in the slightest since it was first purchased from Waterstones. I got the distinct impression it had lived in a drawer or on a shelf for a few years.
The book is a Kim Newman penned fantasy collection set in the world of Games Workshop’s ‘Warhammer’ which to the uninitiated is not too dissimilar to countless other Fantasy genre knock off worlds inspired by the ravings of Tolkien, but in Newman’s case with more than a hint of humour and wit than the average effort. The book is titled Genevieve after its heroine whose Vamperic adventures it collects into one doorstop sized volume. 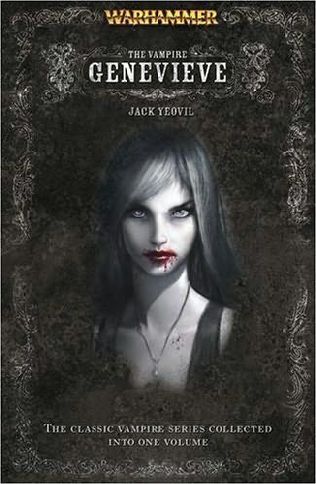 Inside was a hand written dedication which read:

Now this goes some way to proving what a soft arsed old fashioned romantic I am as despite not having any real proof of this I immediately conjured up an image of some love sick lad at college in love with a Goth chick (we all had a Goth crush at college surely?) and who had bought her this gift in a vein (is that a poss. Vampire pun?) attempt to woo her by showing that he shares and can cater for her Vampire based hobbies and interests. Whoever Kirsty is I have an image of her looking at her gift, smiling for a moment, reading the back blurb and then casting it aside instead for her dog-eared copy of Kerrang (stolen from the student councillors waiting room!) all to the backing of some terrible doom laden Screamo. 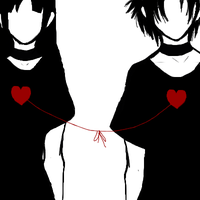 Eventually the book finds its way into a rarely used ‘odds n’ sods’ drawer and when she leaves for university it’s given away to charity by her parents clearing out her old room to turn into a home office.  And poor Ben, poor heartbroken Ben, choses to live with the idea that she might have read it and might have loved it but just simply forgot to mention the fact as she tactfully avoided his gaze on the college bus home… although in the back of his mind festers the more likely scenario that she hated it and thought him an imbecile for even thinking it was an appropriate gift for such a serious and intellectually mature Goth-Emo-Person, whilst forever never knowing the simple and cruel truth she just dumped it in a sock drawer with several Beanie Babies and then passed it on to charity.

I bet it haunts him still to this day.

Of course like I say have no actual proof that any of this happened but if it did then I’d recommend that the next time he writes a heartfelt dedication in a book to a girl then Ben probably best not just nick an entire paragraph wholesale from the back cover but maybe try coming up with his own heartfelt bollo?

Well, another late night threatened to loom for me when I spotted that on Film Four one of my all time favourite films from my dubious childhood viewing habits was on TV. 1982’s wonderfully daft muscle-bound fantasy romp set in time immemorial ‘Conan The Barbarian’. I have a fair few guilty pleasures in life but one of my worst is probably my affection for these sorts of Sword & Sorcery nonsense movies full of saucy scenes and bloody revenge (which I can’t help thinking as guilty pleasures go is much better than smoking or drinking I suppose). I don’t think Arnold Schwarzenegger has ever been as good as he is slaughtering his way through the pre-Biblical flood set world of Conan’s Hyborian Age.

Its just so much better than the truly terrible 2011 ‘reboot’ in almost every single way from special effects, plot, cast and to the seemingly huge scale of the set pieces, for some unknown reason the newer Conan looked far more like it had been made with costumes and on sets more suited to TV shows like Xena or Hercules. Also I struggle to recall a single thing about the 2001 effort whilst my mind is chockfull of useless snippets & scenes from the 1982 version, both also seem to have vastly different lengths with the 1980s Conan seemingly going on forever in true epic style and the later Conan whizzing past my eyes in a headache inducing CGI laden race to plough through the plot. In reality both movies aren’t too far apart in run time with 1982’s Conan running at 129 minutes and 2011’s at 113 minutes.

The 1982 original has even aged better despite the cast having some very 1980s hair dos and the two burly henchmen in the service of James Earl Jones’ baddie looking more than a little like the two guys from ABBA on steroids… also Conan’s warrior love interest does look to my eyes a little bit (just a tad mind you) like Jane from Rod, Jane & Freddy fame.
The other trouble is I watch this film and the next thing I know I’m restarting my way through Skyrim!

Thankfully though I realised it was far far too late to stay up to watch even this classic and instead retired to bed with my slippers on, a book in one hand and a hot chocolate in the other casting a very un-barbarian like figure as I did so. 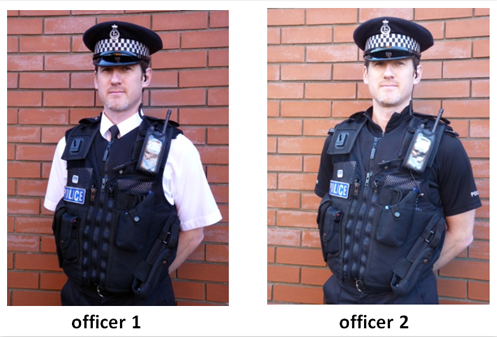